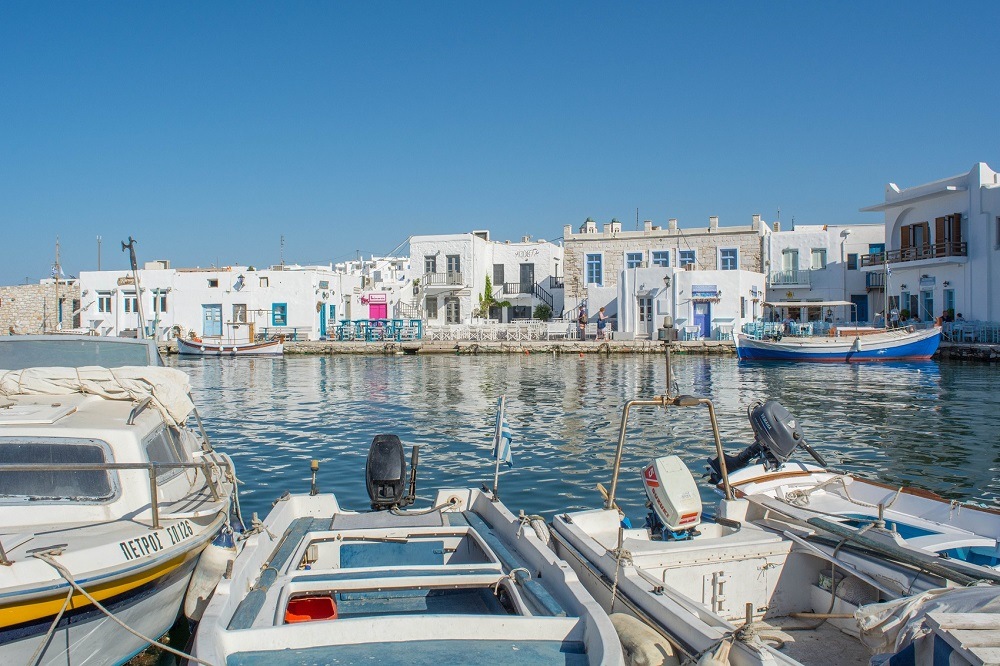 Naoussa is definitely one of the most picturesque places in Greece. The village is located on the north coast of Paros, situated in a bay. Due to its beauty, Naoussa is visited by thousands of tourists every year. Its famous small port, narrow white alleys and architecture define the luxury on our island. Therefore, you should visit it, no matter where you are staying on Paros island.

The most well-known part of Naoussa is its port. It features a place where traditional fishing boats, called caique, dock for the night. This place is amazing. There are taverns where you can enjoy the most delicious seafood few meters away from the boats. You should know that this is an experience of its own. Seafood here, like in every location on Paros island, is delivered by local fishermen every day. When walking during midday in Naoussa, you will see octopus and gouna fish, baking in the sun. Gouna is a local “recipe” of a fish “fried” in the sun. Near the sea, there are also few cafes. There is a spot in the small port which is considered as the signature of Naoussa and it could not be other than the Venetian fortress. Although only a small part of it remains, this structure is one of the most photographed places in Paros. To get there, you will have to walk in a small wall. It is important to know that during days with strong northern winds, you might get wet. That is because of the waves, which break few meters from the wall. Our tip at this point is to visit in just after the sunset. Winds are calm this hour and the panoramic view of Naoussa with its lights is amazing. 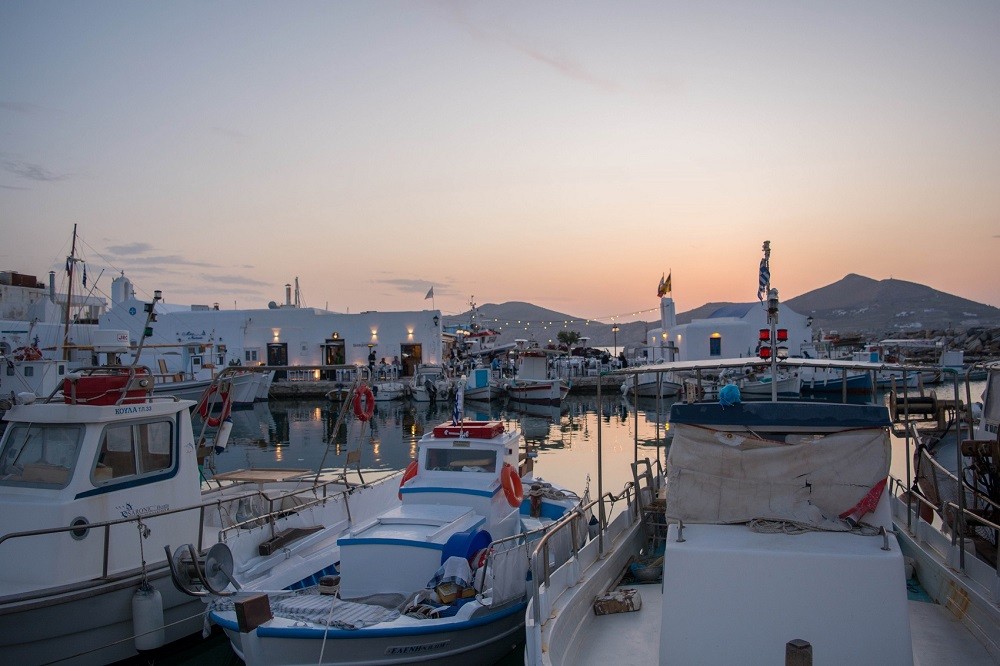 In the alleys of Naoussa you will find many bars and small taverns, serving dishes with local recipes. There are also many shops of all kings here. You will find jewellery shops, fashion shops, travel agencies etc. Alleys of Naoussa are attraction by themselves. Therefore, you will definitely take many photos of them.
It is important for you to know, that from the port of Naoussa, there are boats departing for beaches located in the bay. Those beaches, Kolymbithres and Monastiri are the most famous in Paros. It is an adventurous way to get to them, as the boats are actually caique, modified to transfer people. Departing and returning every 30 minutes. You don’t need a car to reach them, if you are staying in Naoussa. 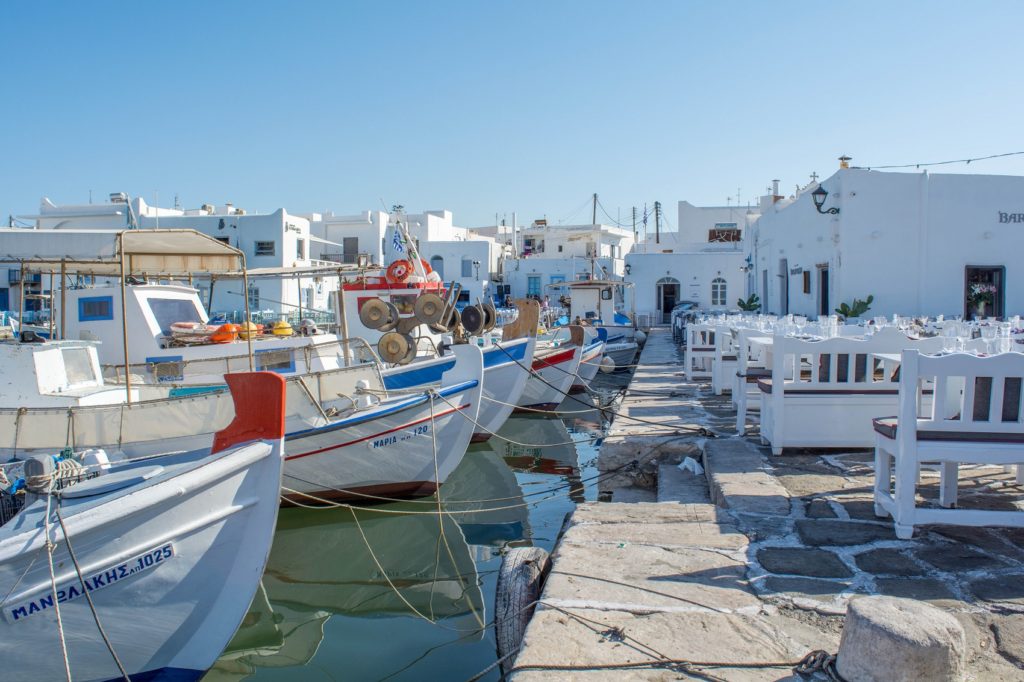 This beautiful village features two beaches. One on Naoussa’ west side and one on its east side. The one on the west side is called Piperi beach. It is not organized but there are few umbrellas and sunbeds what belong to our Senia Hotel. They are exclusively only for our hotel’s guests, as Senia Hotel is located above Piperi. The other beach, situated on the east side of Naoussa is called Agioi Anargyroi. This is a long sandy environment, protected by waves as it is located in a bay. Both beaches attract many visitors who are staying in Naoussa.
About 4 km away from the village towards east, there is one of the most famous beaches in Greece. It is called Santa Maria and you should definitely visit it. It is a sandy paradise, featuring beach bar, crystal sea and Naxos island for a view. There is also Small Santa Maria, situated near the main Santa Maria. It is quieter and also beautiful, popular among local inhabitants of Paros.

Login to PAROS LUXURY HOTELS
Reset Password
Enter the username or e-mail you used in your profile. A password reset link will be sent to you by email.